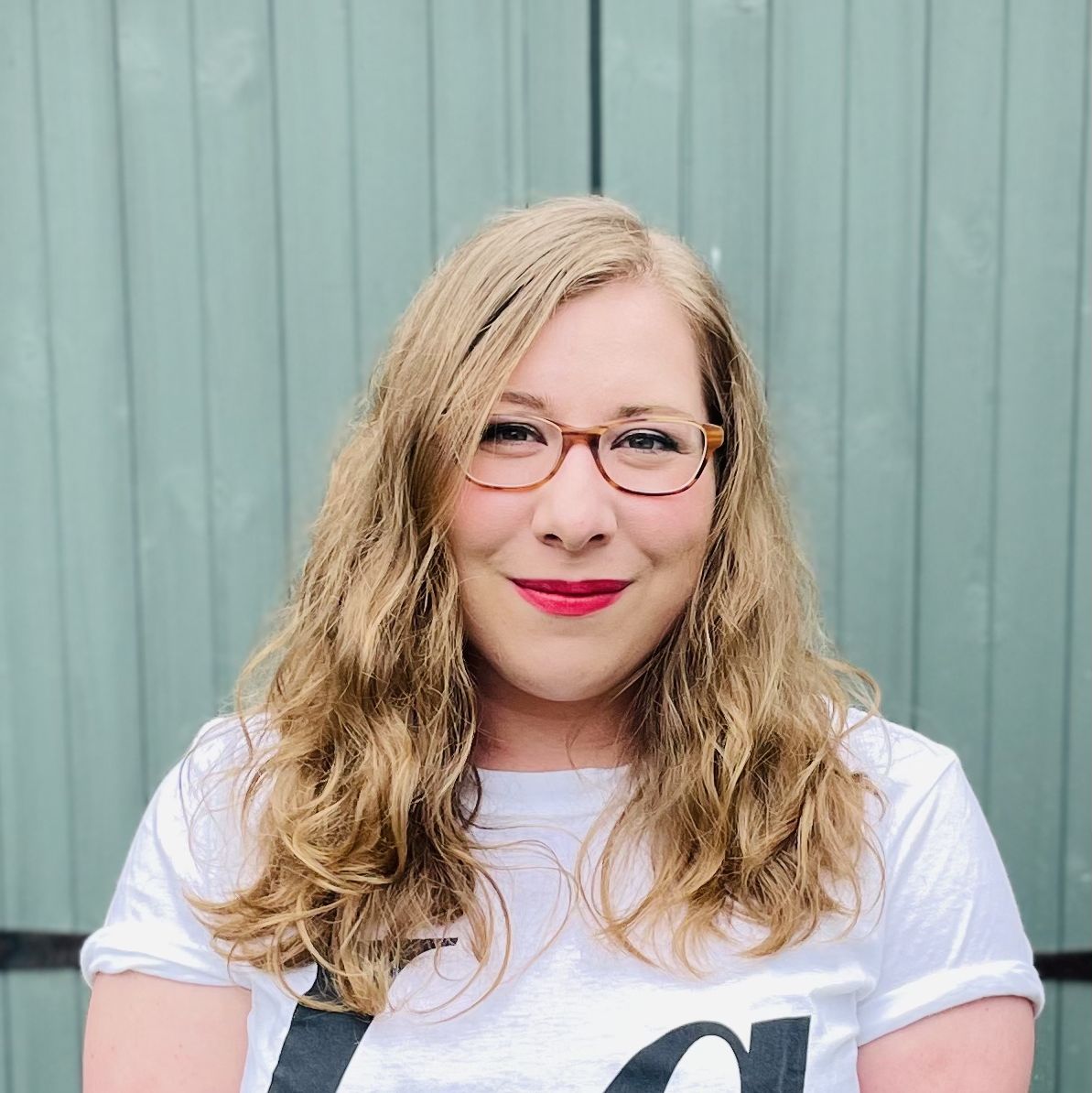 If you have been watching The Great British Bake Off, with the rest of the nation on a Tuesday night, you may have chanced upon the new John Lewis advertising campaign. Is it Christmas? No, it’s a new visual identity, a subtle but clever name change wrapped neatly in striped nostalgia by Pentagram Partner Harry Pearce. 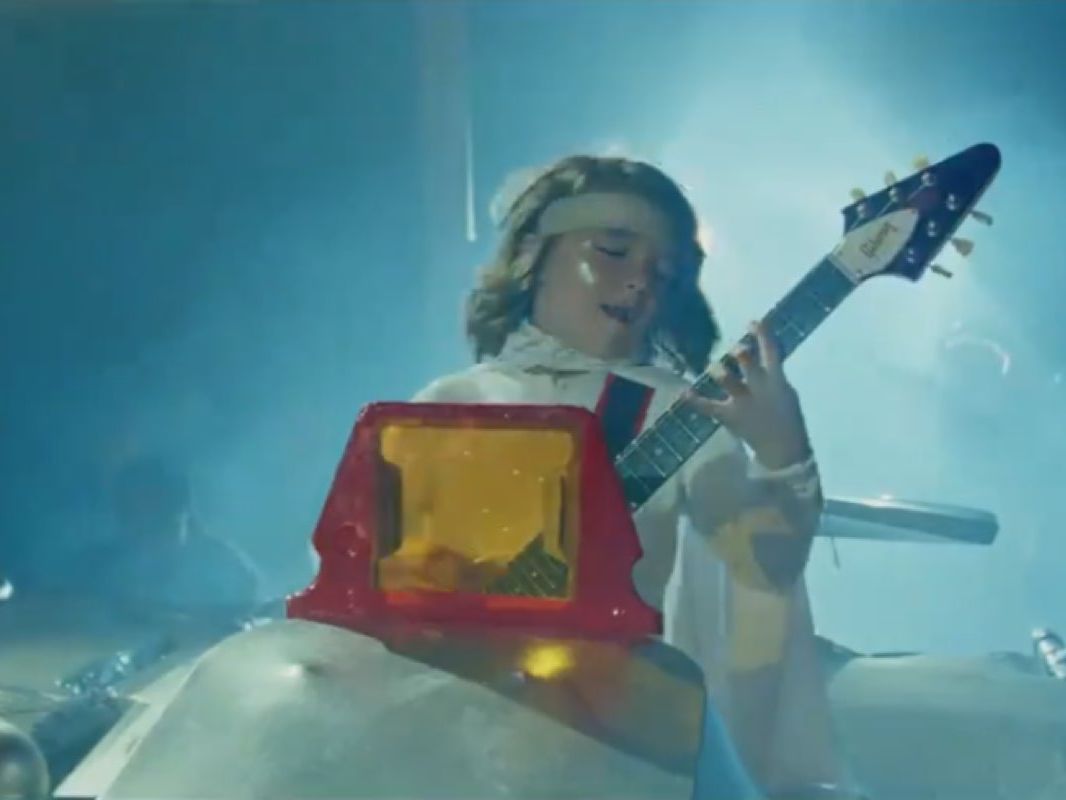 Not in fact an advert purely for John Lewis, this campaign is for the John Lewis Partnership, parent company of both John Lewis and Waitrose. In the wake of the BHS Philip Green scandal, big name companies are increasingly being put under pressure to be seen as virtuous.

The John Lewis Partnership have ran with this by capitalising on their distinctive business model, where employees across both their brands hold a partnership within the company. Hence the ‘when you are part of it, you put your heart into it. For us, it’s personal’ tagline, clarifying the slightly baffling two and half minutes of Bohemian Rhapsody based marketing antics. All this to announce the addition of ‘& Partners’ to the John lewis and Waitrose logotypes. 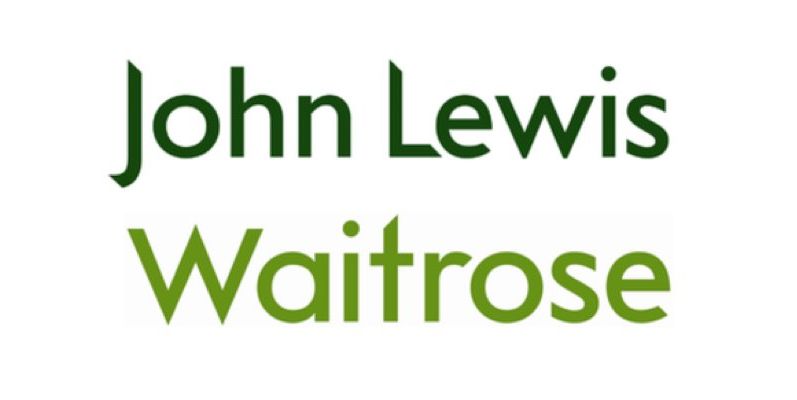 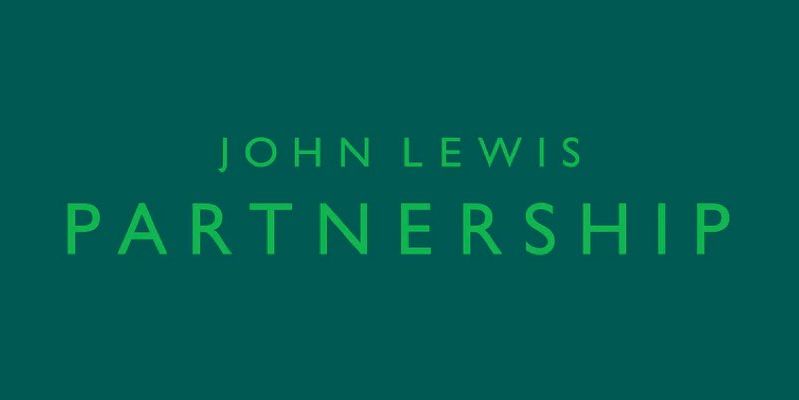 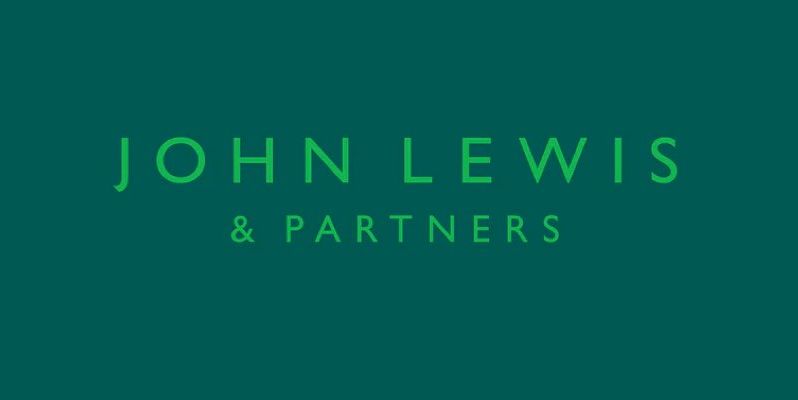 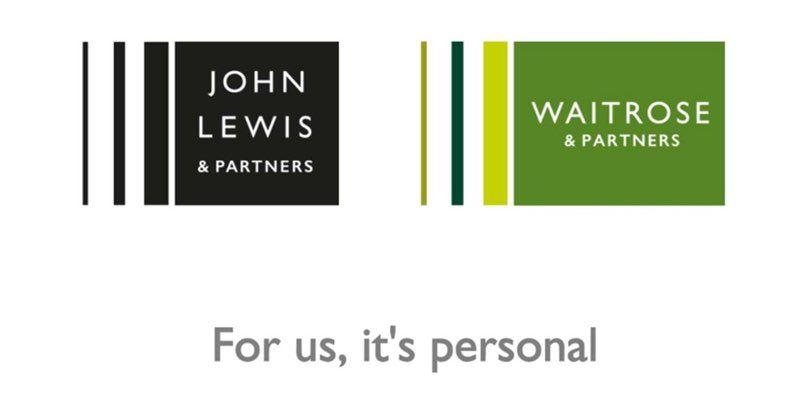 As well as the name change the visual identity has been overhauled. They have unified the three brands through use of the sans serif font Gill Sans, already widely used by John Lewis. The simplicity is clever as across the two chains the application of the two wordmarks is incredibly broad, working both at large and small scale.

Another distinctive addition is the use of a striped pattern influenced by John Lewis’ earlier diamond pattern branding from the 60s. The proportion of the new stripes were directly taken from the Peter Hatch design and though the colours, angles and scale may be more fluid, the proportion does not waiver. 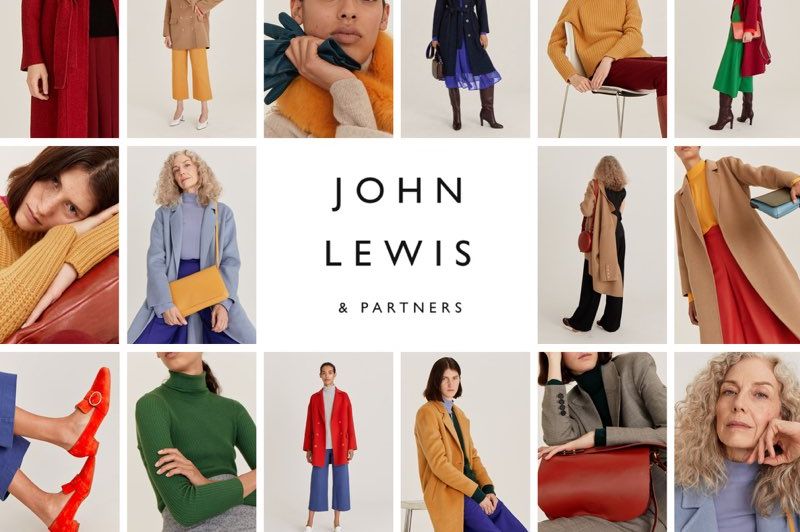 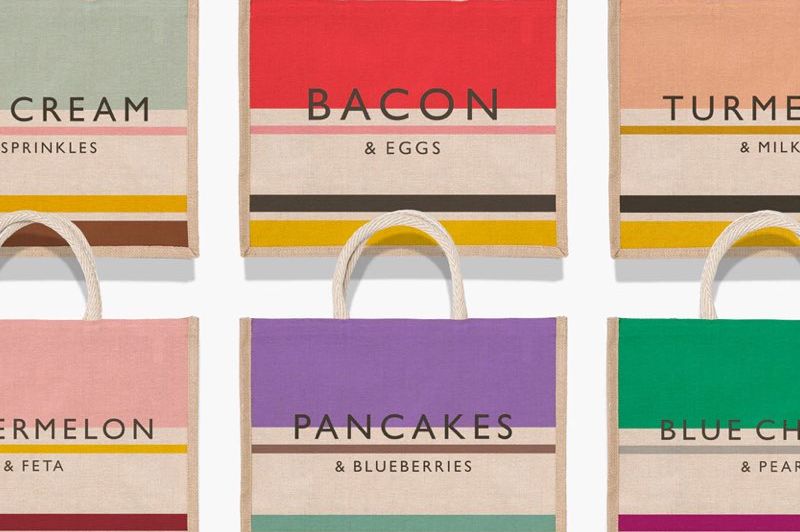 Some differences are left between Waitrose & Partners and John Lewis & Partners. Whilst all colour has been stripped from John Lewis, Waitrose has held fast to its distinctive green and added additional green tones and shades to give the strip a bright and fresh appearance. Personally I find the more colourful waitrose applications much more interesting and modern, whilst the John Lewis mark, when restrained within it’s black box feels under developed and too close to Marks and Spencer.

I especially enjoy the secondary palette that Waitrose Partners have implemented across some of their products. Pentagram’s wide ranging examples of the different applications show just how well the initially bland seeming striped pattern can be applied to create a recognisable visual for the John Lewis Partnership. 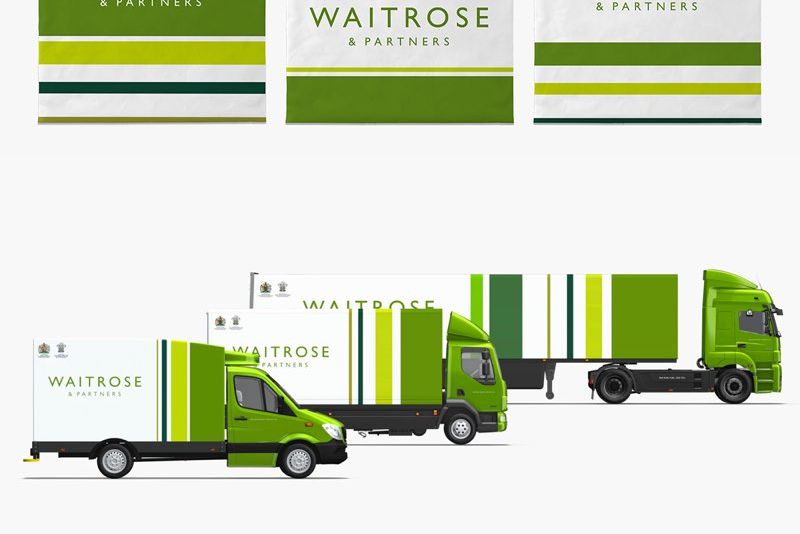 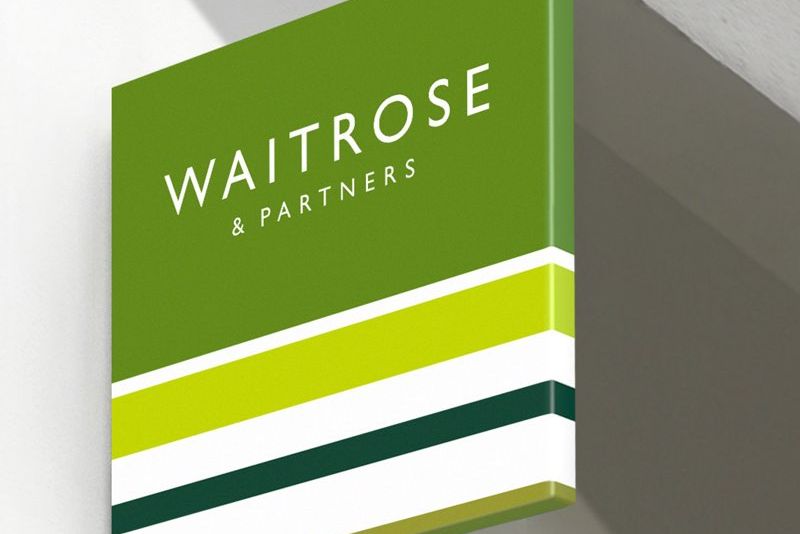 Overall the move by the John Lewis Partnership is quite a change and one that works and seems well considered. The tone remains premium whilst promoting a warm feeling of togetherness with its employees; no mean feat for a typically middle class brand. The nod to its heritage whilst modernising is generally well realised and I am looking forward to seeing those stripey shoppers in a Waitrose near me soon.

Find out how we built eames.com from nothing to a global marketplace
View case study Web Development services 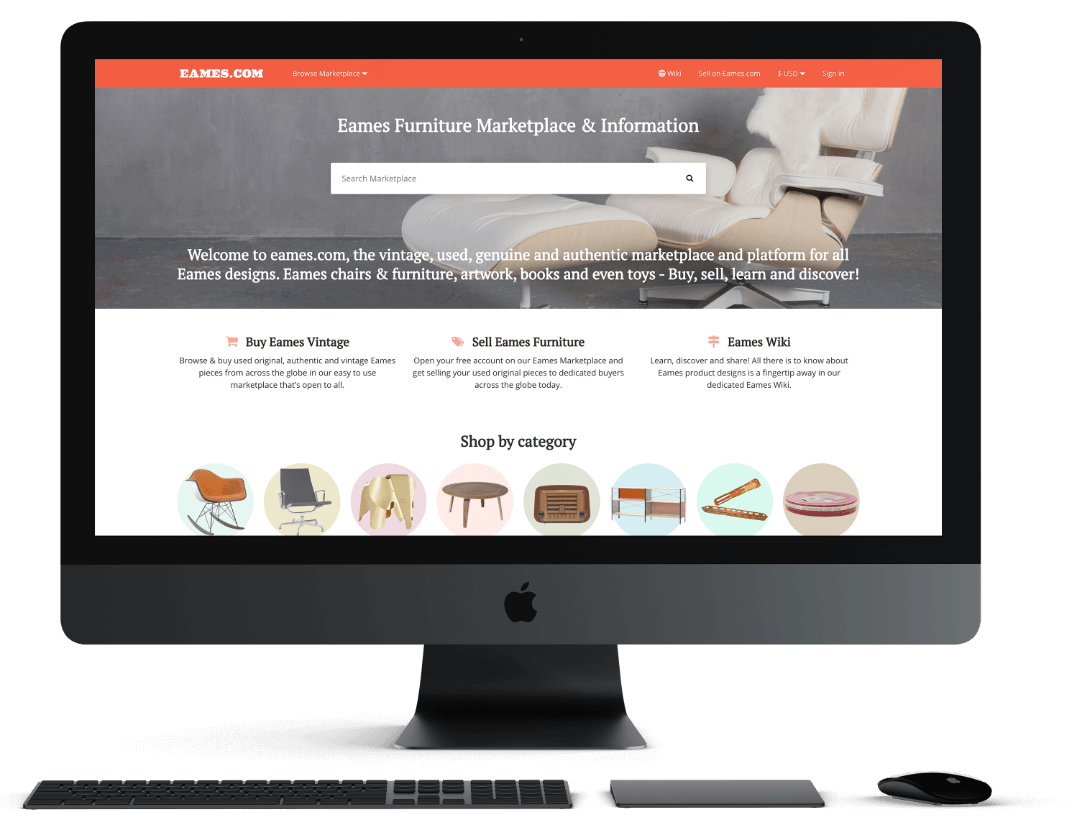