CWS has created a number of reports and documents for the British Universities Finance Directors Group (BUFDG) over recent years. With their annual conference theme being ‘Connected Cultures’ and held in the Venn Building at Hull University, we came up with illustrations and a general report style that referenced Venn diagrams and the idea of petri dish cultures, with intersecting ellipses and overlapping shapes.

Using these themes and visual clues as guides, we created illustrations for the different report sections that helped bring them to life and tell more of a story than the standard table-heavy financials that typically feature throughout annual reports.The circular compositions use simple translucent shapes in order to evoke the gels and expanding cultures in petri dishes. A limited palette of just three translucent colours was employed, which by layering the different coloured shapes created further colours.

We extended the Venn diagram theme throughout the document layout style, which alongside the illustrations helped to reinforce the sense of connectedness and tell of coherent story of the organisation’s year and forward direction. 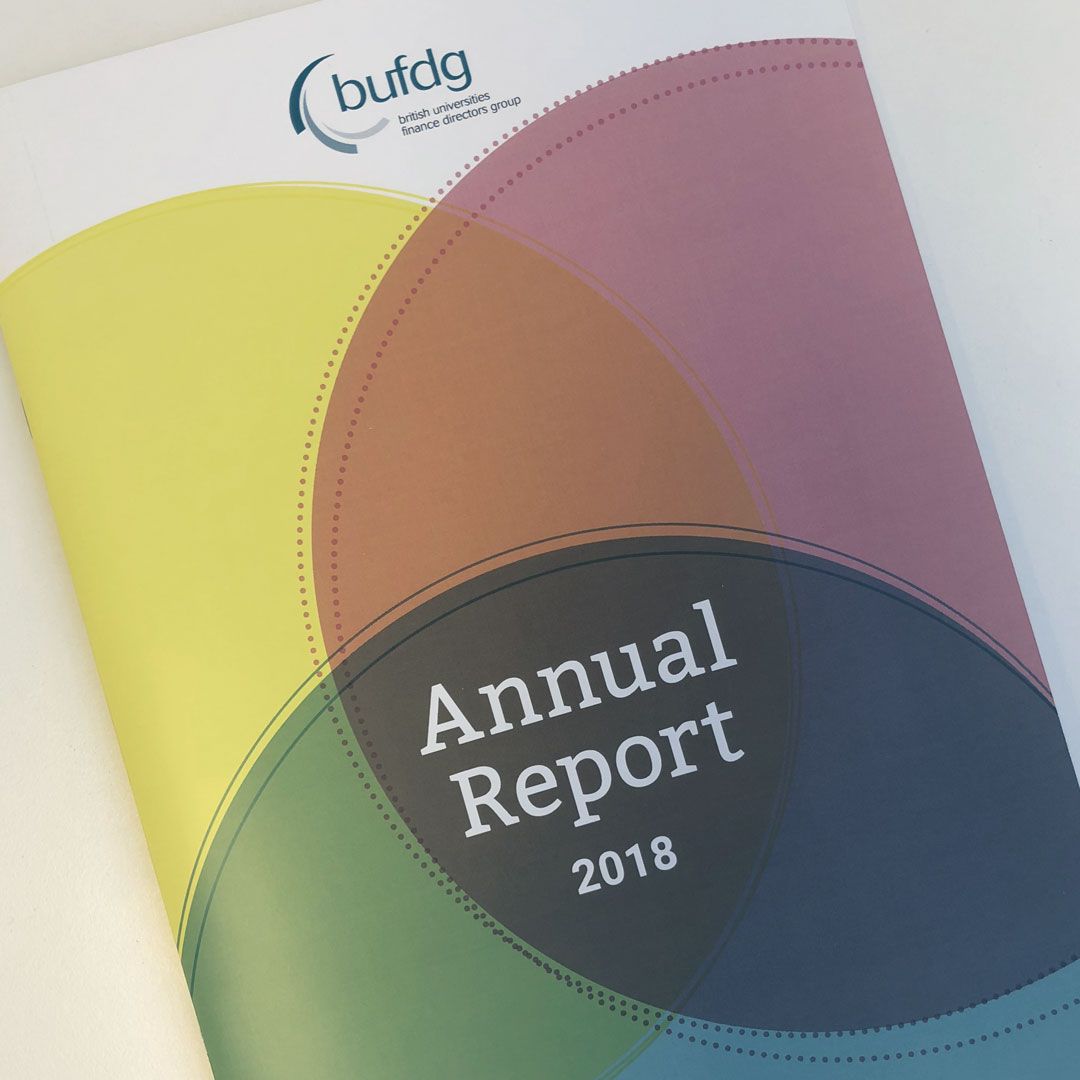 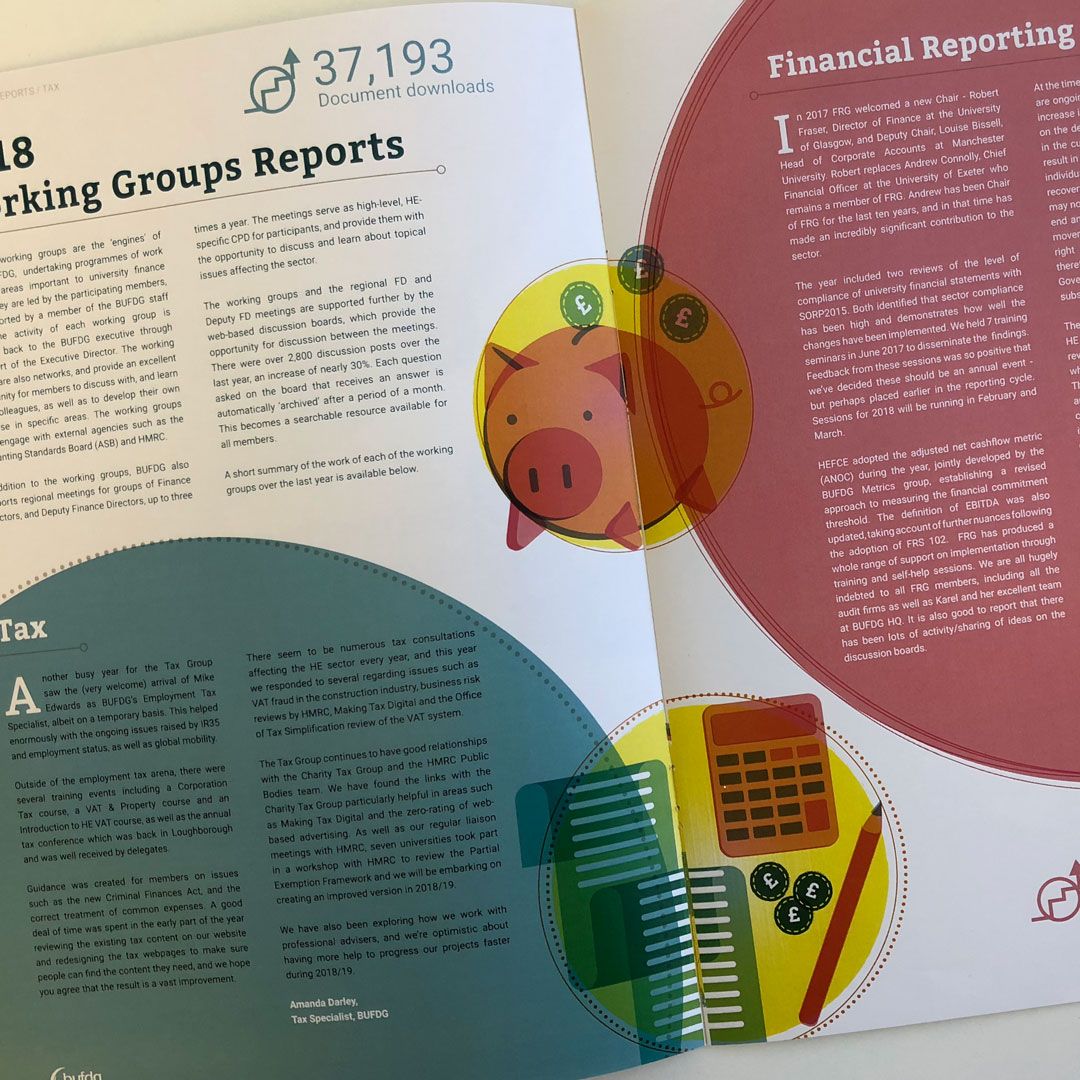 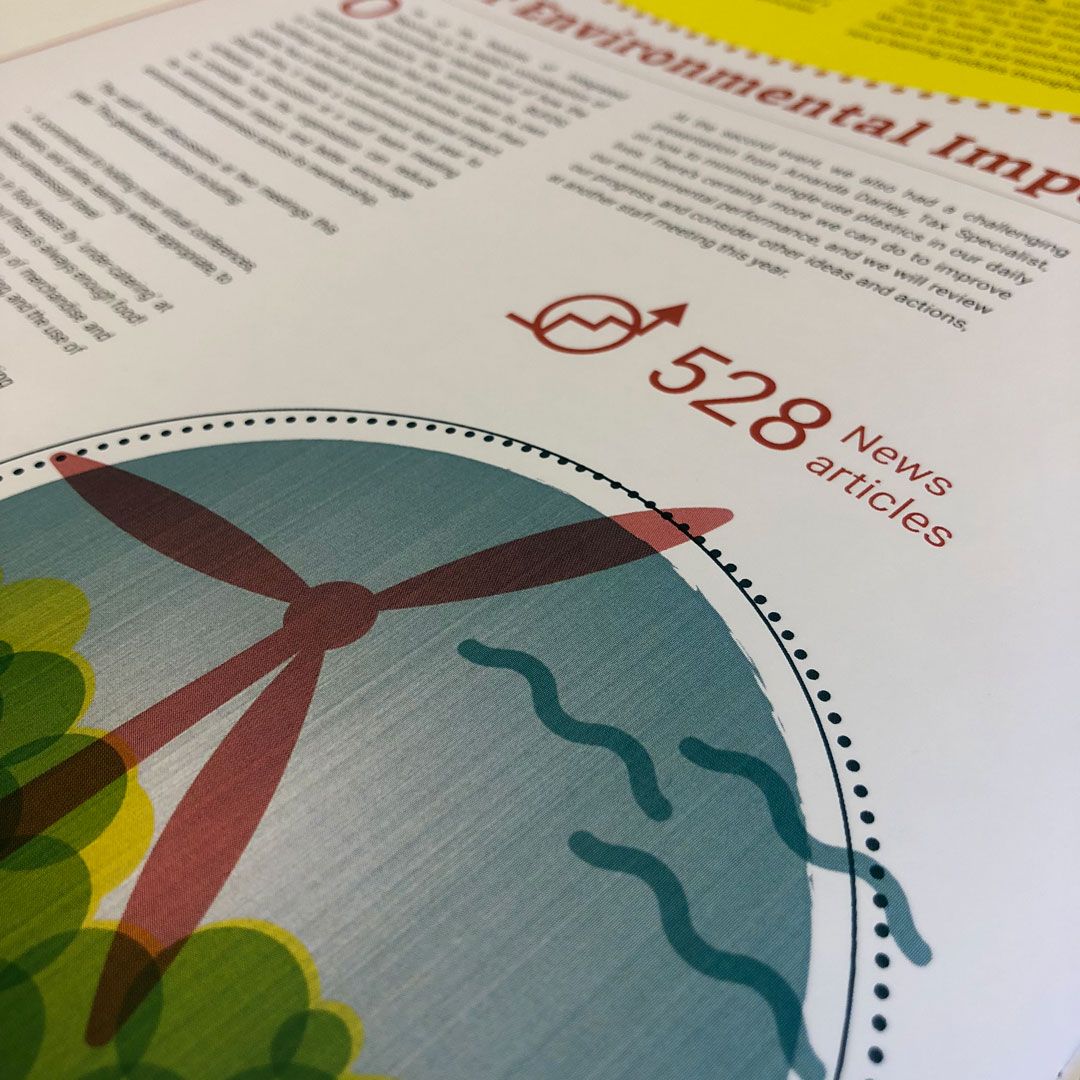