Professional HE Services (PHES) is an umbrella company for membership organisations in Higher Education. We created a prior Annual report for them last year, alongside a number of other projects we have created for a number of its Special Interest Organisation (SIOs) and were asked to work with them again to create this year’s report.

As PHES is an organisation built up from a number of different SIOs, each with their own unique brand, an annual report covering each of them couldn’t be too adventurous as we had to meet each organisation’s taste. 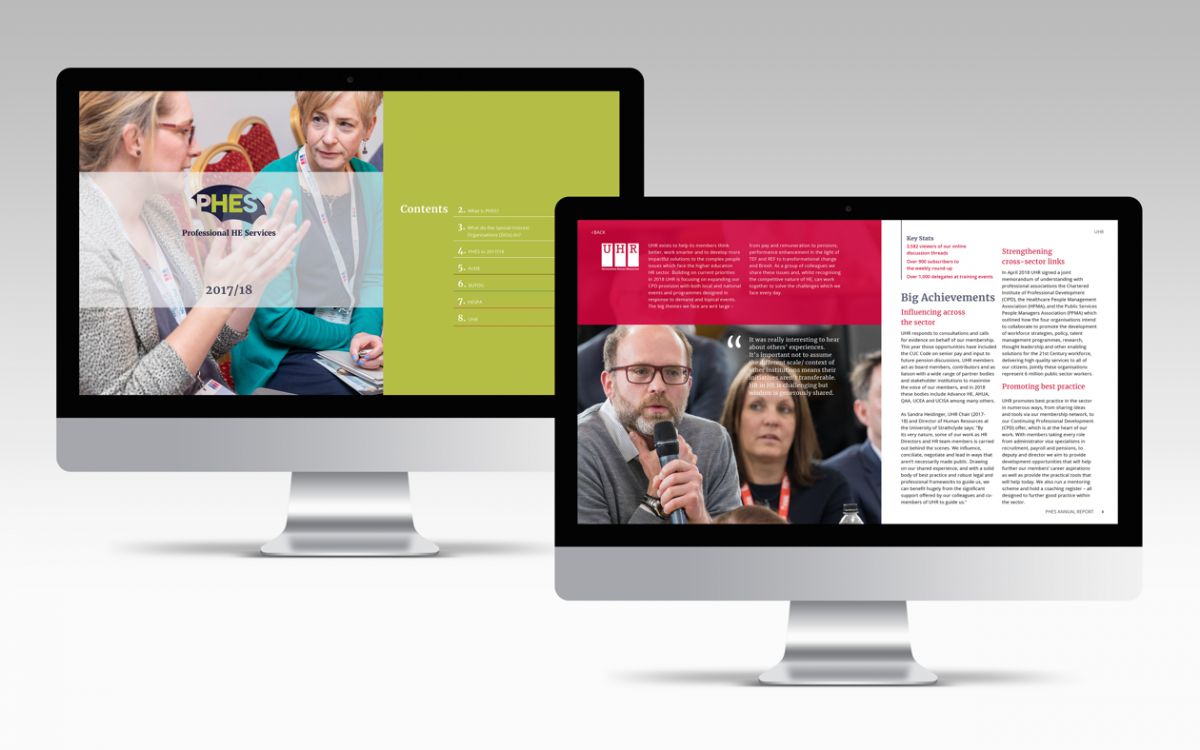 This meant last year we took the key brand colours from each organisation and set them alongside a number of photographs from the annual conference in order to create a clean, corporate layout. This year however we were specifically asked to stretch the design a bit more and move away from the simpler layout to incorporate imagery from the report’s themes of collaboration and expansion.

Given the diverse locations of the various memberships of PHES, using a digital report, rather than a print format, is cost saving, environmentally friendly and easier to distribute. It also creates more flexibility in terms of layout and easy navigation through interactive elements and hyperlinks.

Following on from lessons learnt from last year, we firstly reworked the page aspect ratio to better suit readability when viewed on a phone or tablet. We started by exploring possible visual styles for representing abstract concepts of collaboration and expansion. Initially we focused a muted palette of blue/greys and green taken from the PHES logo. 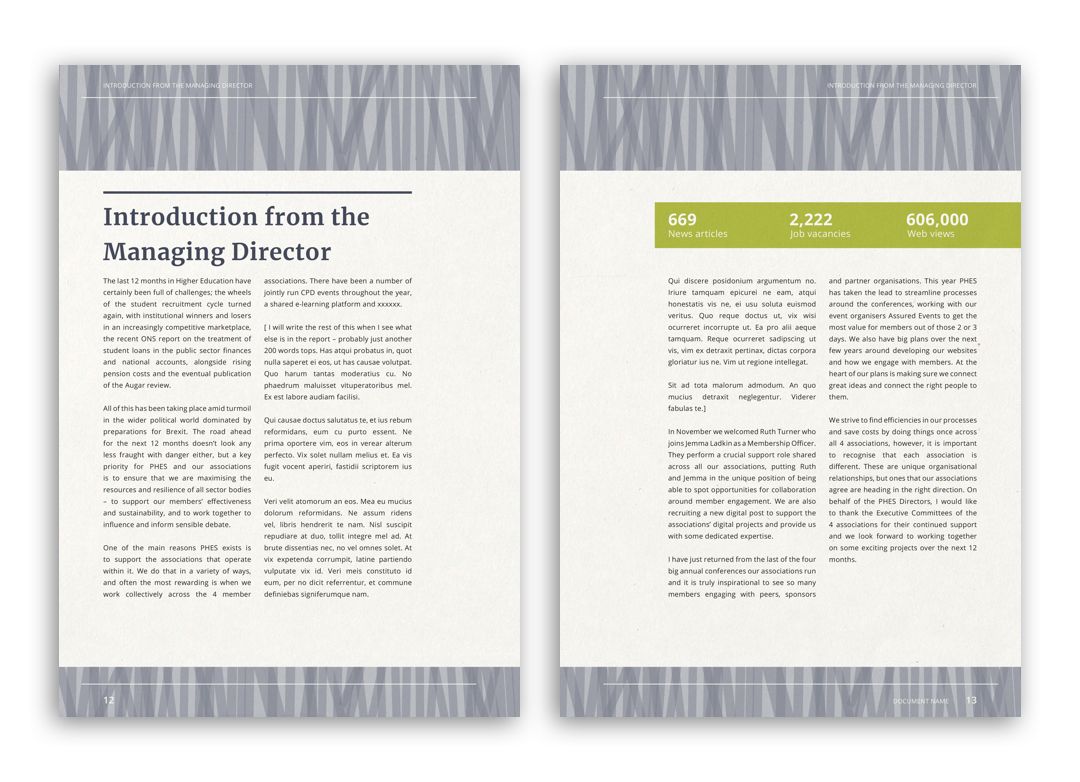 We delivered two initial concepts for feedback to the client. These included a concept with wider overlapping translucent lines to build up a texture in chunky borders border and a contrasting concept of a variety of circular geometric shapes which tried to depict a networking, or spreading out and connection created from thin strokes. 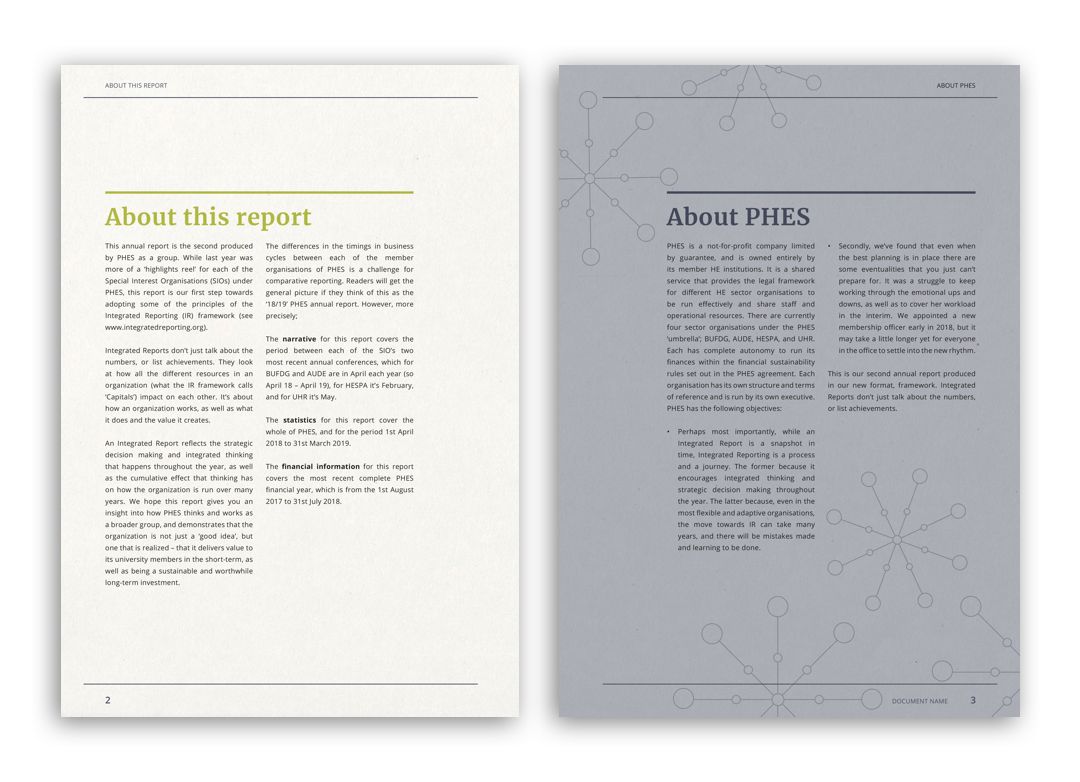 The initial feedback stated that a bolder colour palette was preferred and a stronger more graphic palette was created with larger blocks of the brighter green and an additional red accent. 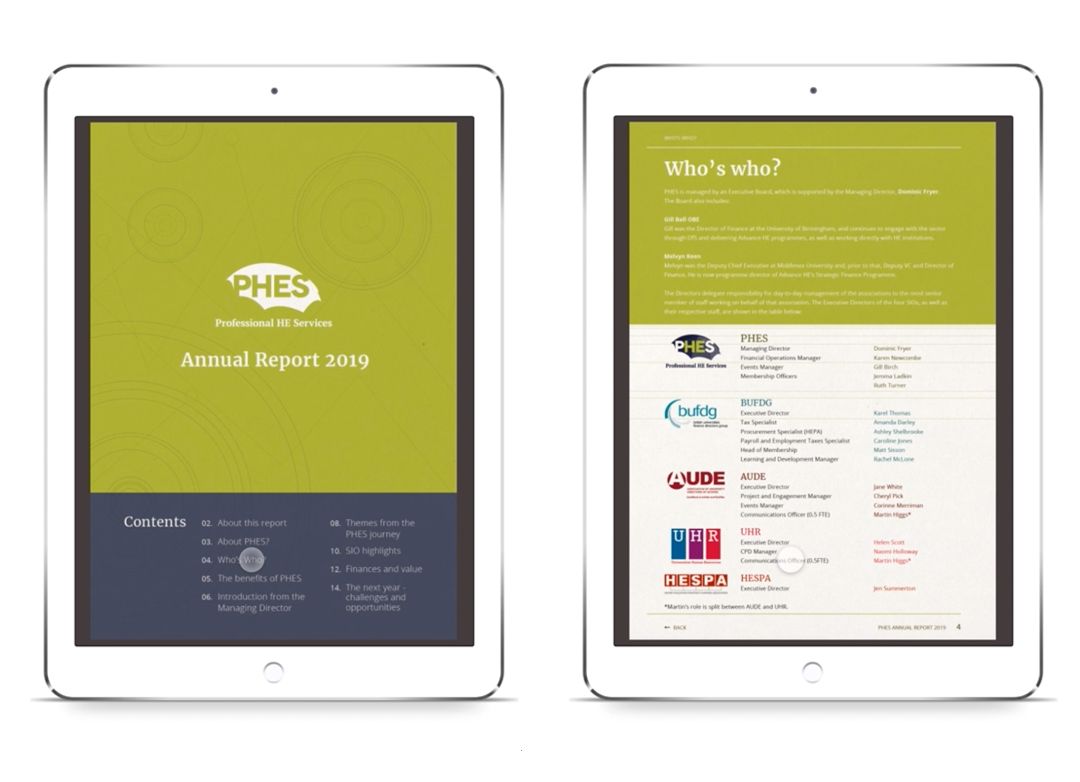 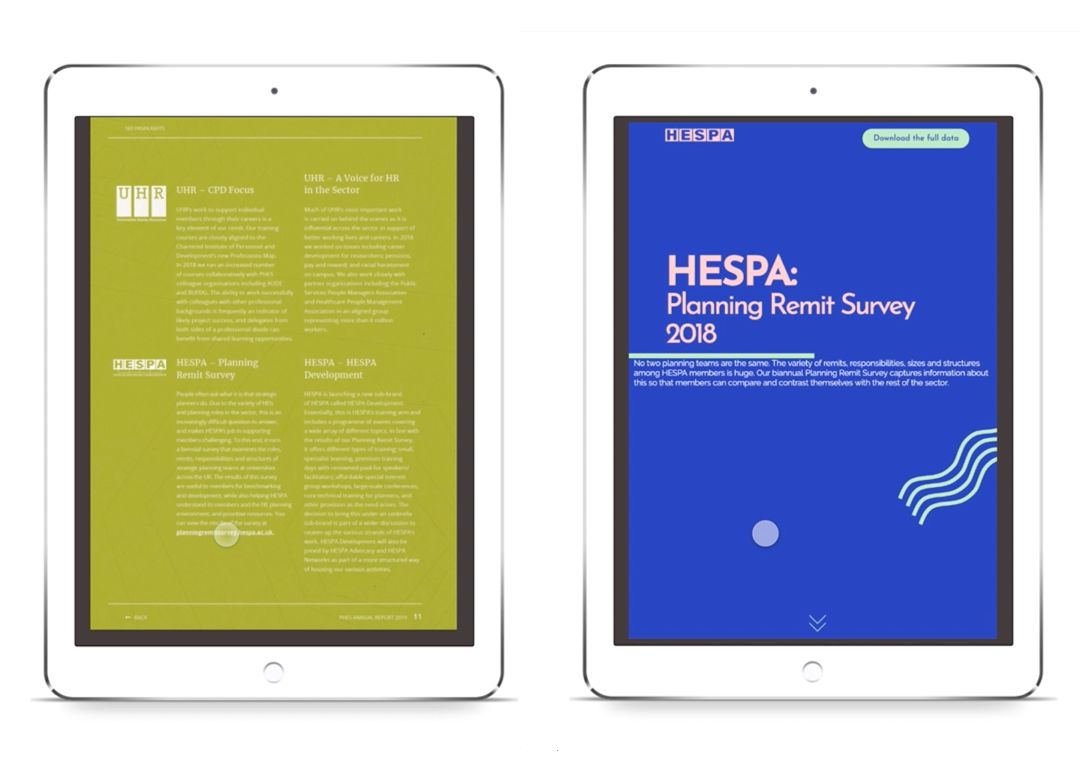 Once PHES were happy with the layout concept, they provided the final content for the report and we were able to create the final document. We added in interactive elements, such as internal links, making navigating the document much easier. We also added in direct hyperlinks to the various websites and pages mentioned within the report. We were then able to deliver the interactive PDF to PHES to distribute.